Years after God of War III, main protagonist Kratos left the agonizing pain and chaos of Greek Mythology to start a new life in Norse Mythology. Why was Kratos so determined to keep his dark and disturbing past a secret?

Spoiler Alert: God of War (PS4) and Kratos’ backstory spoilers are present within this blog. God of War is rated “M” for mature audiences (17-years and older) because of the blood and gore, intense violence, and strong language within the game. 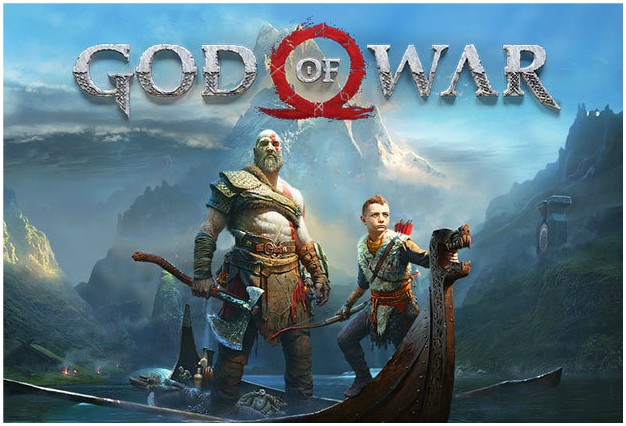 The long-awaited God of War (PlayStation 4) video game was finally released April 20th, 2018. God of War III (PlayStation 3) was released in 2010, and it was the last game that continued Kratos’ story that wasn’t a prequel.

Kratos left Greece because it reminded him of the pain, anguish, secrets, lies, and nightmares that he brought upon himself, and by the Greek Gods. For instance, during the original God of War video game (2005), Kratos was the leader of the Spartan army, and he was tricked by Ares, the original God of War. Kratos asked Ares to kill all his enemies, and Kratos in return would be his personal killing machine.

One day, an oracle told Kratos not to enter a specific house, but Kratos didn’t listen and accidently killed his wife and child. He thought his family was left in Sparta, but Ares tricked him into killing his own family, so he wouldn’t be tied down by emotions and become a ruthless killer for the gods.

Kratos realized he made a deal with the devil and swore revenge on Mount Olympus. In God of War II (2007), Kratos also found out he was a god because he is the son of Zeus, the king of the Greek Gods who had been orchestrating his life in the background.

The new God of War game continues after the events of God of War III. Kratos killed all the Greek Gods on Mount Olympus and tried to commit suicide by stabbing himself in the chest with the Blade of Olympus. After the credits of God of War III, there was a blood trail from Kratos showing that he survived the horrific stab wound and threw himself off the mountain.

Kratos is now older, wiser, and displays a high level of discipline in the new God of War game. The main goal of the game was for Kratos and Atreus to climb to the highest mountain and spread Faye’s ashes together. Faye is Kratos’ wife and Atreus’ mother.

God of War II is my favorite video game of all-time, and once I heard director Cory Barlog was going to reprise his role as the director of the new God of War on the PS4. I knew the game was going to be great, even though Kratos was leaving Greek Mythology. I was worried about the change from Greek to Norse Mythology because I loved how the developers, Sony Santa Monica Studio created their version of Greek Mythology.

While playing the new God of War, I couldn’t help that the overall feel of the game was different, new, and I had to understand the new way to play the game. The previous games were about fast-paced hack-and-slash gameplay from Kratos’ iconic Blade of Chaos.

The new weapon introduced was the Leviathan Axe, which is a lot slower than the Blades of Chaos. I had to keep reminding myself that this is a more mature God of War game, and once I got it, the game was hard to put down.

Everything about this video game is a masterpiece. From the art design of the world, the characters, excellent voice acting, and the set pieces. I felt like this game was an emotional experience, and the last time I felt this way was when I played inFAMOUS 2 in 2011.

God of War is linier, but has some open-world aspects to it like side missions that help with gaining experience. The story is personal like the previous God of War games, but the previous stories only focused on Kratos and how he handled different situations. Now, Kratos has his son joining him on this new journey, and they are the perfect tag team because the dialogue displays how important it was for them to fulfill Faye’s wishes.

To check out one of my favorite boss fights from God of War (PS4), click here: https://www.youtube.com/watch?v=ifWJWem8m4g 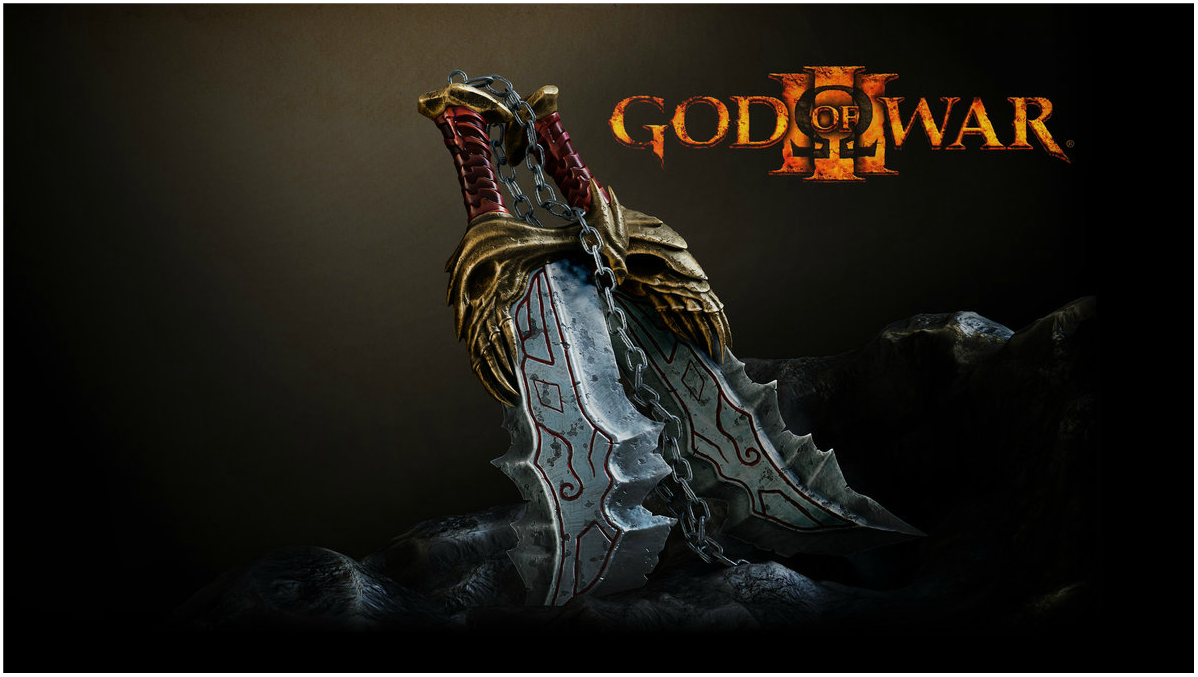 During the game, Atreus got seriously injured during battle, and Kratos took him to see Freya, the witch of the woods, and goddess associated with love, sex, beauty, fertility, war, and death. She had the power to heal Atreus, but Kratos had to go to Helheim to find a rare ingredient from the heart of the keeper of the damned to save his son’s life.

Freya told Kratos his axe wouldn’t be any use if he came across any enemies in Helheim because it doesn’t affect the dead. Kratos was forced to go home and relive the past he was trying to suppress for years. When he arrived at his house, he pulled out his iconic Blades of Chaos, and proceeded to save his ill son.

After Kratos retrieved the heart from Helheim and returned to Freya’s house. Freya told Kratos that he needs to tell Atreus who he really is, which is telling him that he is a god. Kratos was hesitant because of the bad things he has done in the past, like killing his own father Zeus to fulfill his personal need for vengeance. 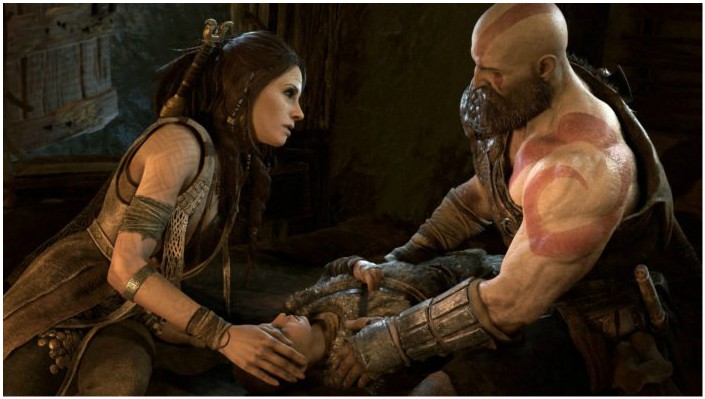 “I know the truth isn’t simple… but nothing is simple when it involves your child.”

While Kratos and Freya were talking, Atreus was conscious and overheard their conversation. When he woke up, he told his father he was ready and wouldn’t let him down.

Before getting on the boat to continue on their journey, Atreus said,

“At least I know the truth now.”

Kratos was hesitant, but he told Atreus that his homeland was Greece, and that he is a god, which makes Atreus a god.

After Atreus found out he was a god, he became completely rude and self-centered, which was exactly how Kratos was during all the previous God of War games. Kratos was trying to instill into his son that being angry about everything and not being able to control emotions can lead down a path of emotional and psychological destruction.

For example, there was one scene where Atreus completely disobeyed Kratos, and Kratos told him he had lost control. Kratos’ teachings got misconstrued because Atreus thought his father was teaching him to kill, but Kratos’ intentions were to teach him how to survive. Since Atreus is a god, he is marked, and people will test him.

Atreus didn’t care how he treated others in the world because he felt entitled due to his new-found god status. There was another scene where Kratos told Atreus that there are consequences for killing a god.

“Being a god… it can be a lifetime of anguish and tragedy, that is the curse.”

To check out Kratos trying to deal with his past of being a Greek God in Norse Mythology, click here: https://www.youtube.com/watch?v=bu1dlRr0b8c&t=1501s 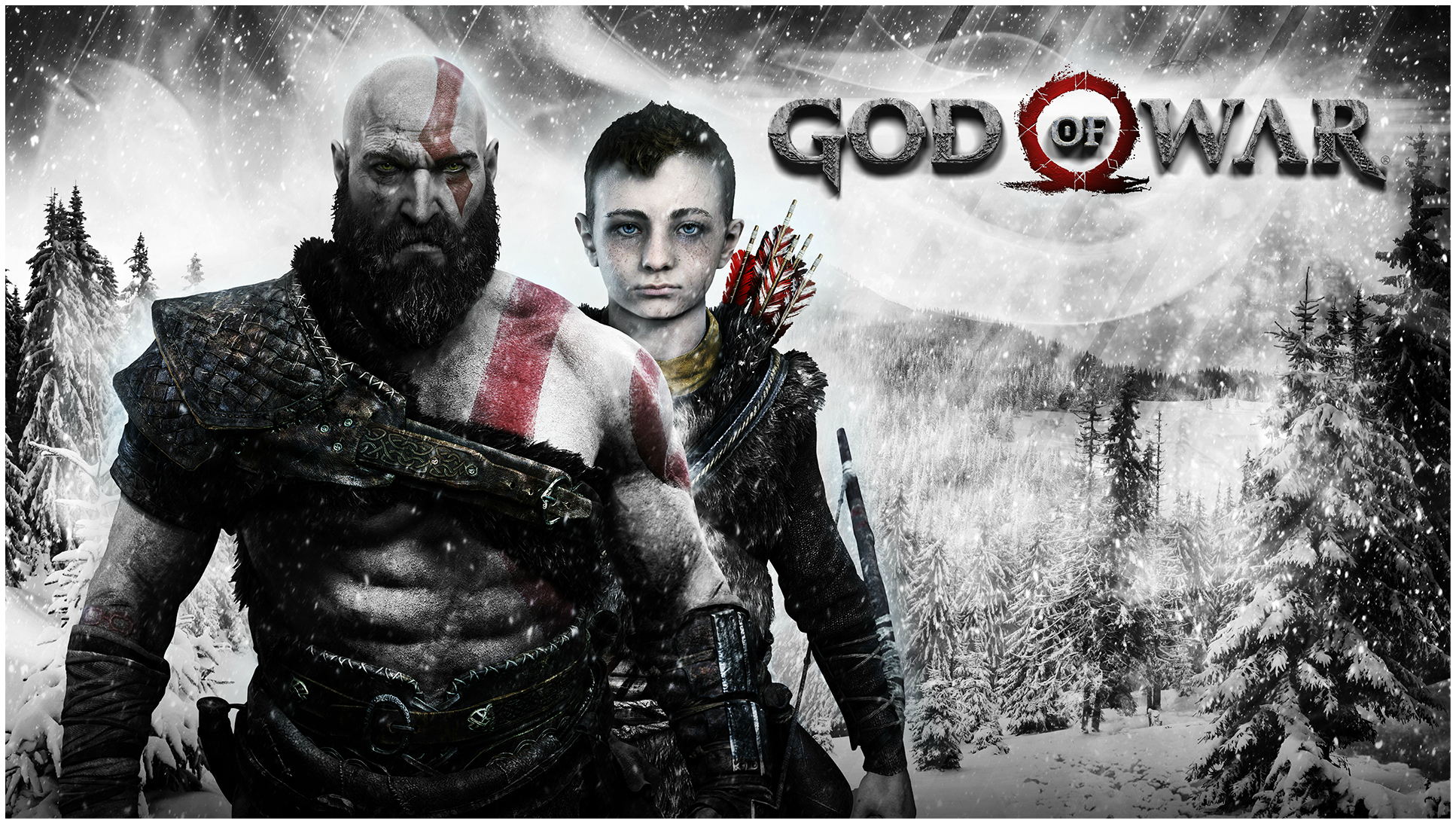 I thoroughly enjoyed my time with God of War and could say it was one of the best video game experiences I’ve ever had. I could tell this game took five years to make because there was so much detail in everything from the beautiful environments, new fighting and upgrading system, set pieces, boss fights, the amazing script, and voice acting.

I knew the original voice actor for Kratos was changed for this title, and although I miss T.C. Carson as Kratos. New voice actor Christopher Judge also did a wonderful job by channeling T.C. Carson at times during my playthrough.

I loved how Sony Santa Monica Studio revamped Kratos from the ground up with a new story, purpose in life, and being more mature throughout this new game. I’m happy to see one of my favorite video game franchises make a return on the PS4, and I’ll be looking forward to the sequel.

From a loyal God of War and Sony Santa Monica Studio fan,

I don’t own any content from the God of War images and videos. All image and video content are copyright to their respective owners. No Copyright Intended.