The Last Guardian: A Tale of Boy and Beast 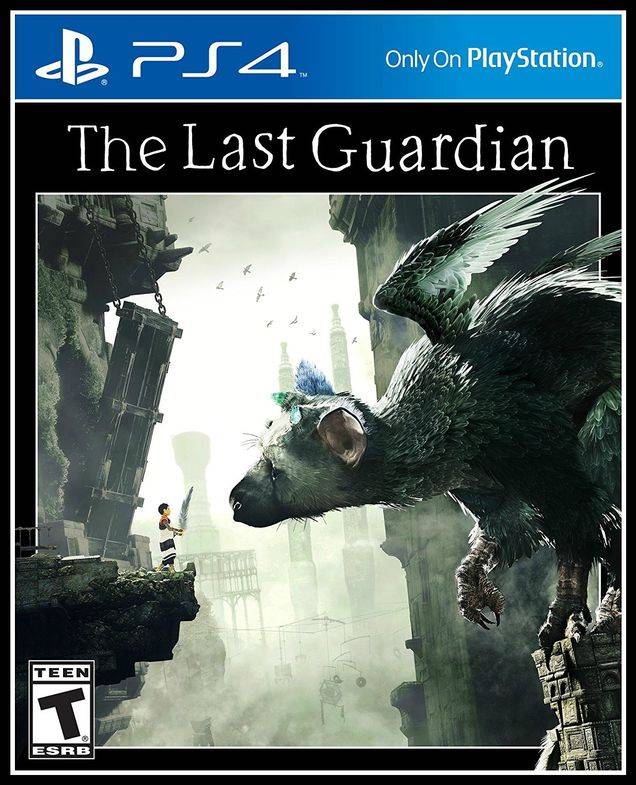 I recently completed a videogame entitled, “The Last Guardian.” The game is developed by genDESIGN and SIE Japan Studio and published by Sony Interactive Entertainment exclusively for the PlayStation 4.

The game was announced in 2009 for the PlayStation 3, and was planned to be released in 2011. The game suffered numerous delays when Director and Lead Designer Fumito Ueda and other Team Ico members departed from Sony and hardware difficulties forced the game to be on the PlayStation 4 in 2012.

Ueda and his studio genDESIGN reintroduced The Last Guardian in 2015, and was finally released in Dec. 2016.

I was ready to enter the atmosphere, art style and storytelling through gameplay of The Last Guardian and for the most part, it exceeded my expectations and is my favorite game released this year.

This game is completely different from any other video game from the past or present in my opinion, and for the most part you could only compare it to Ueda’s past masterpieces. Fans from Ueda’s past games will recognize that The Last Guardian is the perfect mash-up of Ico and Shadow of the Colossus.

For instance, the Boy builds a bond with the beast (Trico) and they work together to find a way out a castle-like environment by completing puzzles and fighting enemies. This gameplay mechanic is like Ico’s connection with Yorda in Ico, and how the boy climbs and hangs onto Trico is like how Wander hangs on to the Colossus before killing them in Shadow of the Colossus.

The bond between the Boy and Trico was relatable because Trico acts like a pet dog or cat (in my opinion, Trico looks like a cross between a dog, cat and bird type creature). In the beginning of the game, Trico doesn’t completely trust the Boy and it shows because sometimes it takes a while before Trico obeys the boy’s commands.

As the game progresses, the Boy and Trico become more protective of each other, their bond grows and they begin to trust each other.

It was amazing how Ueda and his team could create a mystical world that was believable, and the art style with the power of the PlayStation 4 made the environment really seem like it really exists.

Like Udea’s past games, there were some problems I had from making it a perfect experience. For example, I wish there was a customizable layout for the controls, there was some framerate issues, the camera sometimes has a mind of its own and when I want Trico to do something it sometimes takes a while to register making some puzzles take longer than they must.

When I finished the game, I realized Trico having a mind of his own and not obeying commands by the Boy right away was done purposely. This made the animal more believable because Trico didn’t trust the Boy in the beginning, but that changed towards the end of the game.

Also, there were times I got stuck and didn’t know what to do next because the game doesn’t give the player many hints of what to do or go next.

These problems I easily overlooked because of the deep story told by flashback narration, emotional music and the feeling that I was on an adventure that I’ve never experienced before.

I was really impressed with the set pieces in the game, because Ico and Shadow of the Colossus didn’t really have this at all and it was great to see genDesign’s vision of set pieces. There were a few and they were well thought out and in my opinion executed perfectly.

Check out one of my favorite set pieces from The Last Guardian here: http://www.calmandstrong.net/team-ico-and-gendesign

I’m happy Ueda and his team at genDESIGN created another masterpiece after having to go through many years of delays and a console change. I really wonder what else could they create next after The Last Guardian, because it seems like they get better with time.

The Last Guardian is the best game that I own for the PlayStation 4, and I thank Sony, Ueda and his genDESIGN team for not giving up on the vision we know as “The Last Guardian.”

I do not own any content from the image displayed of The Last Guardian.

No Copyright Intended. All image content is copyright to their respective owners. All content is property of Sony Interactive Entertainment, SCE Japan Studio and developed by genDESIGN.